The Waqf Act, 1954 was passed by the Government of India after being presented by Sh. Mohammad Ahmad Kazmi, Advocate, and Member of Parliament. Subsequently, State Waqf Boards were constituted in all States except the then East Punjab. In 1957 a conference was held from 11th to 13th October at Qila Mubarak, Patiala in which the then Chief Minister of Composite Punjab, Sardar Partap Singh kairon was the Chief Guest. In the said conference the then Prime Minister of Kashmir, Sh. Bakshi Gulam Mohammad was invited as Guest Of Honor along with General Shah Nawaz Khan, the then State Railway Minister, Govt. of India who addressed the said conference. The aforesaid conference was convened by the Muslim Leaders of Punjab with the co-ordination of Jamiat Ulema-e-Hind. Demand for the formation of the State Waqf Board in Punjab was made by the Muslim Leaders. The General Secretary, J.U.H. Molana Hufzur Rehman, and Secretary J.U.H. Molana Mohammad Miyan addressed the said conference seeking the establishment of a State Waqf Board. It is noteworthy that, the then Maharaja of Patiala, Sardar Yadhwinder Singh had also participated in the conference and addressed the gathering. The proceedings of the conference were compared by the then Cabinet Minister of Punjab, Sardar Gian Singh Rareywala. 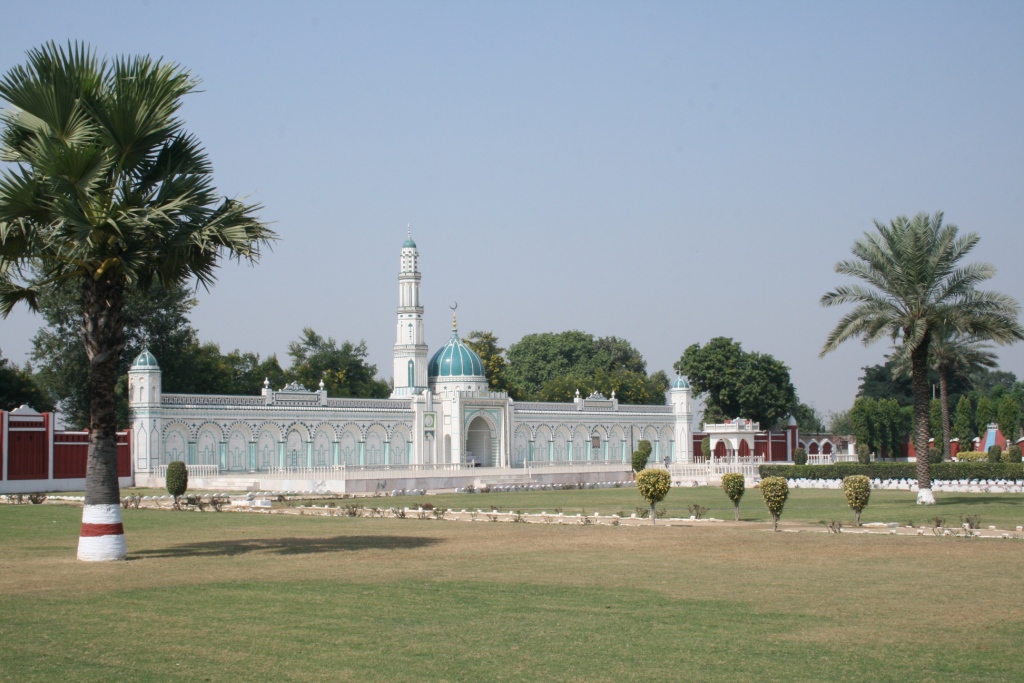 The Muslim Leaders of Punjab like Khan Abdul Gaffar Khan (MLA Ambala City), Malvi Abdul Ghani Dar (MLA), Nawab Iftikhar Ali Khan (Nawan Malerkotla), Mufti-e-Azam Punjab Molana Hamid Hasan moved a resolution at the conference through Molana Khaleel-ur-Rehman, Ludhianavi to constitute the State Waqf Board in Punjab State under the Waqf Act, 1954. The Chief Guest of the function S.P.S Kairon, the then Chief Minister of Punjab promised to forward the said demand to the Central Government for the formation of a State Waqf Board in Punjab State. On 2nd October 1960 vide notification of Govt. of Punjab dated 02/09/1960, the State Waqf Board had been constituted under the Chairmanship of Lt. Col. Khawaja Mohammad Saeed of Shimla. The members of the 1st Board were as under:-


The first office of the Punjab Waqf Board was established at Dargah Hazrat. Sai Tawakkul Shah, Ambala City which was shifted to Ambala Cantt. on 31st March 1962 at 50 staff Road, Ambala Cantt. The said Board functioned up to 1964.

The Board was superseded and all the Powers of the Board were delegated to the then Secretary of Punjab Waqf Board, Sh. Amjad Ali Khan (P.C.S). The composite Punjab State bifurcated in November 1967 and the control of Punjab Waqf Board went to Central Government due to the composite Waqf Board of three states i.e. Punjab, Himachal & Haryana. In 1965, a new Board had been constituted under the chairmanship of Chaudhary Tayyab Hussain Khan, the then M.L.A, Nuh (Gurgaon). The said Board continued up to 1978. Afterward, a Board was constituted by the Government of India under the chairmanship of Lt. Sh. Anwar Khan the then MLA/Khawaja Khaleelullaah/Begum Shamshad Daar.

The 4th Waqf Board was superseded on 11/11/1981 and the D.C of Ambala, Sh. S.C. Dhosiwal (I.A.S) took over the charge as Administrator of Punjab Waqf Board. Thereafter the following officers performed the role of administrator.

After trifurcation Sh. S.K. Sinha (I.A.S) took over the charge of the New Punjab Waqf Board of Punjab State. In 2004, the first board after trifurcation was constituted under the Chairmanship of Madam Razia Sultana the then MLA, Malerkotla under “The waqf act-1995”. The newly constituted Board had the following nominated members: